It has been a constant source of amusement for anyone involved with the Engineering Team over the years that the operating manual for the Vulcan tow bar states that it can be attached to the aircraft by two people. We have never done it with less than four, most usually with five or six! Not that it is difficult but it is heavy to move and attaching it to XL426 needs several pairs of hands to carry out a number of functions, some of them simultaneously. We still haven’t worked out how RAF ground crew did it.

The tow bar was delivered to Southend Airport along with XL426 in December 1986. It was rather old and stiff and a bit rusty and needed a bit more than simple TLC. Fortunately, we purchased another one some years ago which wasn’t so old or stiff but still needed renovation before we could use it.

It was sandblasted, painted NATO green and with a good dressing of grease, we took it out for a run (with Vulcan attached, of course) and it worked beautifully. 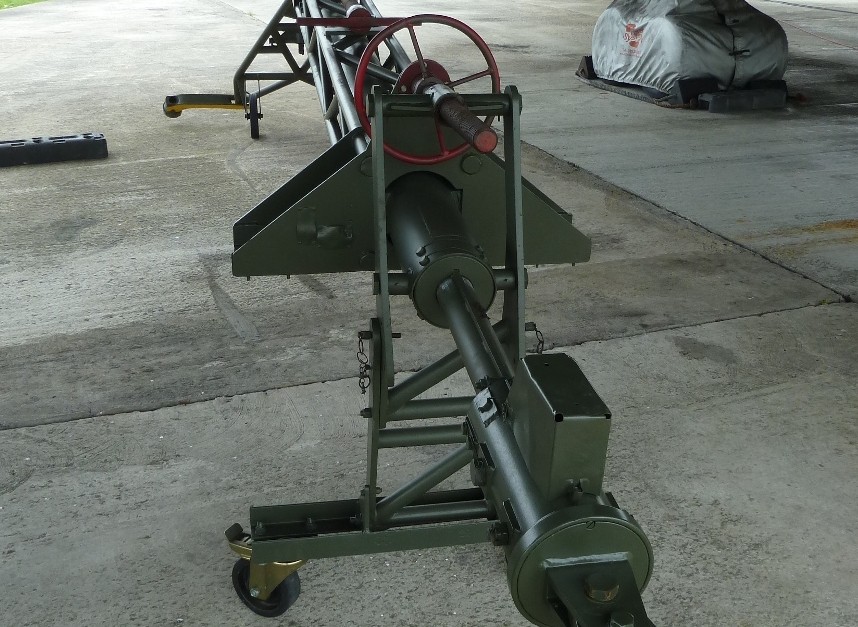 No tags were found.

Everyone at the Vulcan Restoration Trust is deeply saddened to hear of the passing of Her Majesty Queen Elizabeth II.

Her Majesty served the United Kingdom as its head of state for 70 years. Her devotion to her duty was an example to us all.

We send our condolences to the Royal Family and the Royal Household at this incredibly sad time.

Our Vulcan XL426 reaches the grand age of 60 today. We hope you will join us in wishing her a very happy birthday!

XL426 first flew from the A V Roe & Co. airfield at Woodford, Cheshire, on Thursday 23 August 1962. According to her Form 4817, the flight lasted one hour and 35 minutes. A further four test flights followed before XL426 flew to RAF Scampton, Lincolnshire, to join 83 Squadron.

We are very pleased to report that, following discussions with London Southend Airport, XL426 will be moving back inside Hangar 6 this summer.

An appeal has been launched to raise the £30,000 needed and our aim is to have XL426 back in Hangar 6 in time for her 60th Birthday in August.